For over a decade Bruce made professional theatre his home, in over 4500 performances in straight and musical theatre. That was the springboard into on-camera and voiceover work with GM (Buick), Allstate Insurance, McDonald’s, United Airlines, Sealtest, Popeyes as well as narrations and industrials. His voice was recently described as “a distinctive voice that is charming, sincere, masculine, and emotional.” He has a conscientious work ethic combined with a total commitment to excellence and client satisfaction.

Bruce developed his voice over skills with several voice-over coaches, most recently J. Michael Collins and Nancy Wolfson among several others.

While Bruce’s audio editing skills have been superb, they have been further sharpened by working with audio producer Roy Yokelson of Antland Productions. Bruce’s studio (Booth designed by Azuolas Sinkevicius of Chicago Recording Company and constructed by Fender Tate) is his starting point. Making his clients work (and life) easier, is his endpoint. 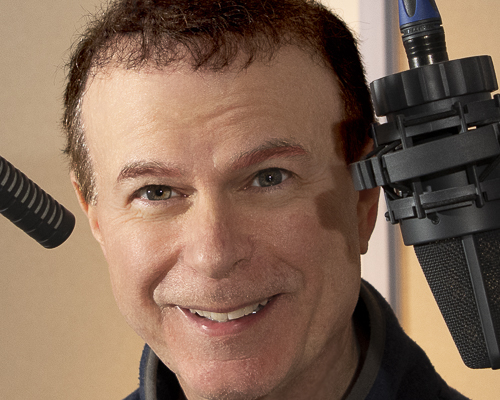