Originally from Puerto Rico, Rosi Amador was born to bilingual Nuyorican and Argentine performer parents who instilled in her their love of music and the spoken word. Her upbringing emphasized the importance of speaking, reading, writing, and singing both English and Spanish with perfect enunciation and expression.

As one of the top U.S. based bicultural English/Spanish voice artists working internationally, Rosi helps media producers, advertising agencies, and creators of educational and informational content by recording commercials and marketing messages, narration, and character voices for corporate videos or eLearning modules. Clients depend on her for her native North American English and neutral Latin American Spanish, performed without an accent unless requested. Her voice has been described as friendly, warm, dynamic, professional, enthusiastic, and conversational.

Particularly adept at voicing content related to Hispanics and the Spanish language, Rosi’s bicultural roots have enabled her to build cross-cultural bridges worldwide since 1994. Using her voice to bring not only messages like these to life, her work also includes a great deal of daily work in the general market in English, with former clients including L’Oréal, the Smithsonian Institute, Scholastic, Mattress Firm, and the American Cancer Society. Most recently, she was awarded a 2018 SOVAS Award in the category of Outstanding Commercial Demo, Best Voice Over.

Her voice inspires, motivates, educates and informs, making it easier for important information and lessons to reach today’s increasingly diverse population, and ensuring a happy client every time. 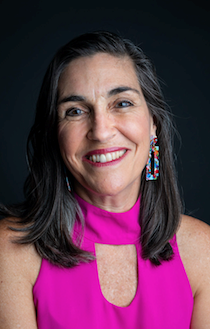